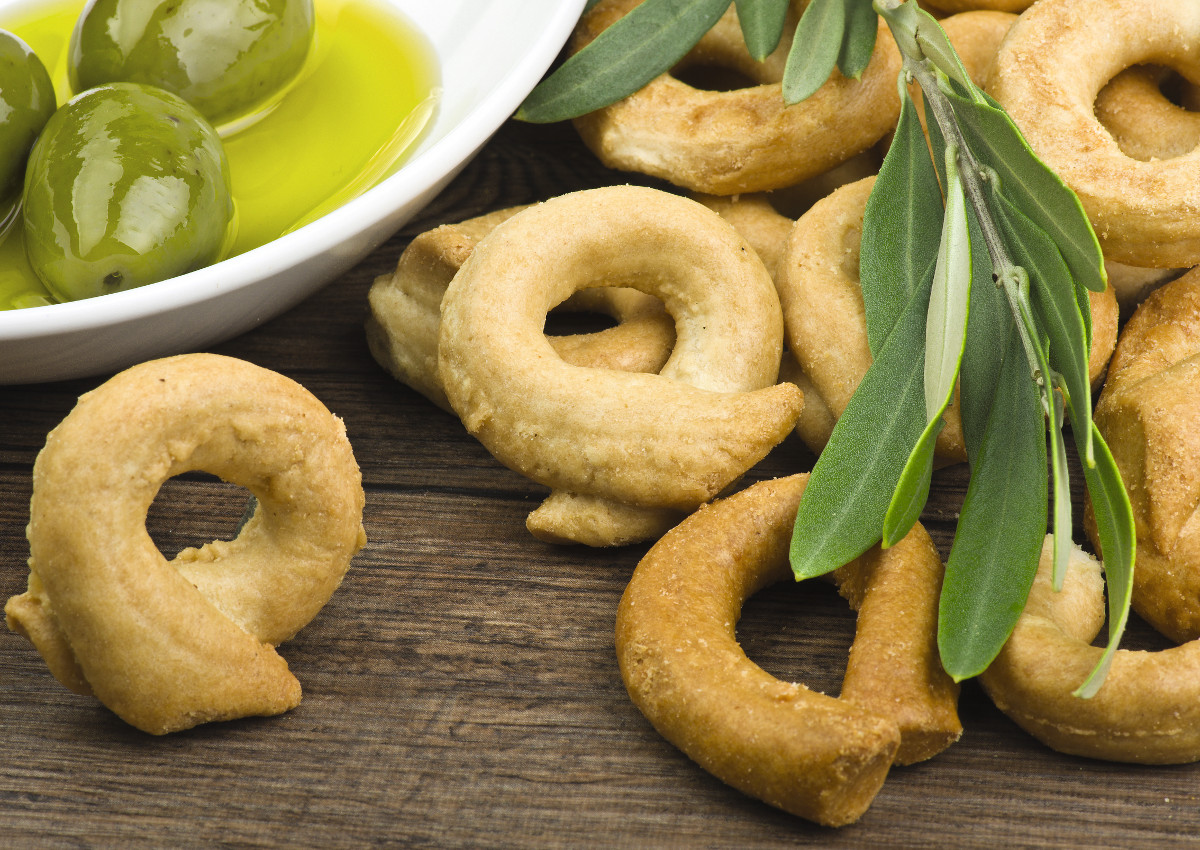 As well as a plenty of raw materials, Aupulia is constantly improving the production and transformation processes, as evidenced by the amount of the organic and certified products. These elements give the sector a driving force for the regional economy and are recognized beyond national borders.

Although traditionally made throughout Southern Italy, the taralli are now by definition a produce of Puglia. The great versatility of these rings of wheat and olive oil explains their commercial success. Taralli come in a variety of recipes as well: from more traditional options, using fennel seeds or chilli, to wholegrain and lately gluten free. There is also a versatility of consumption options: taralli are to be find the in station vending machines as well as on the tables of starred restaurants.

Italy is the major European, and second largest producer, of durum wheat used for making pasta: 4.3 million tons of wheat are produced on a cultivated area of around 1.3 million hectares. The crops are concentrated in the South of Italy, especially in Apulia and Sicily, which alone account for about 40% of national production. Apulia is the Italian region with the largest production of durum wheat with about 943,000 tons, distributed in 343,000 hectares according to ISTAT 2017 data (see table).

Medium-sized industries in this region are big, with an average unit processing capacity of over 290 tons per day. At the same time, the cultivation of ancient grains is proving very successful. Senatore Cappelli has grown by five times the cultivated areas between 2017-2018, going from 1,000 hectares in 2017 to 5,000 today, driven by a growing interest in 100% Italian made pasta. This pasta has very low gluten content (10%) and is highly digestible.