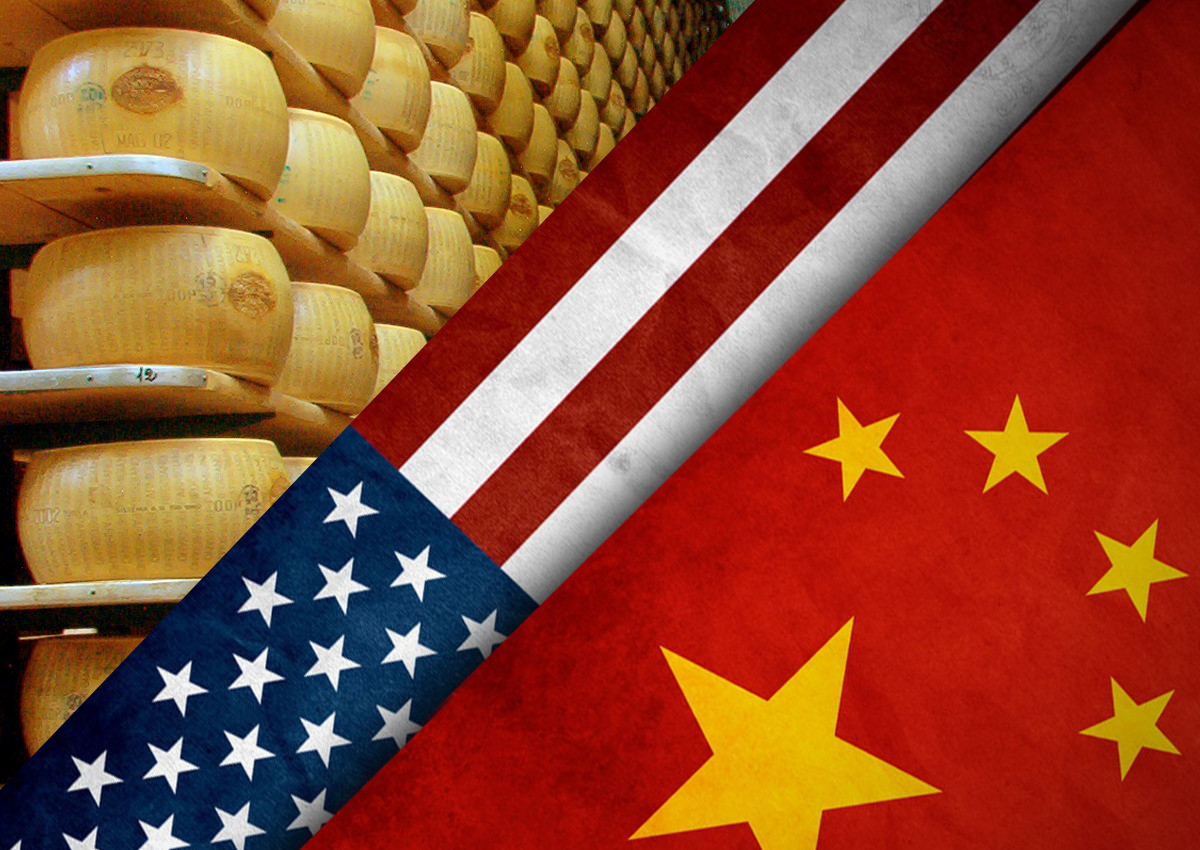 The current trade war between the two world economic giants, the United States and China, could prove paradoxically profitable for Italian food, starting with the dairy sector. Suggesting that the hypothesis is concrete are the figures, for instance those relating to ‘Italian sounding’ products.

Trade war and the (unexpected) effects of counterfeiting

Among the many goods affected by Chinese duties – applied in retaliation against the United States – we can find the counterfeit Italian cheeses produced in the USA and sold in the Far East. Starting with Parmesan, which is produced mainly in Wisconsin. That is one of the American states that proved decisive for Donald Trump’s victory in the latest presidential elections. And it is no secret that China is hitting the hardest precisely those products coming from states that should prove most important for the (re)election of the American President. The ‘problem’ is that USA is the world main producer of Italian cheeses counterfeiting. Not only Parmesan, but also provolone, ricotta, and mozzarella distributed under Italian names even when they have nothing to do with Made in Italy quality; for a total production of 2.4 billion kilos in 2017 alone.

Opportunities in the Chinese market

Cheese production in the USA is therefore considerable, but these fake products now seem destined to struggle more and more to be sold in China as well as in other countries in trade war with the Trump administration, such as Mexico. The Wall Street Journal recently reported that the storage warehouses of the main American manufacturers are already swelling with unsold stocks. On the other hand, exports of Made in Italy cheeses to China increased by 27% in 2017, reaching an all-time high. Moreover, Chinese duties also affect other U.S. food products such as corn, wheat, butter, yogurt, rice, pork meat and beef, fish, poultry, and fruit and vegetables. As Italian farmers association Coldiretti’s president Roberto Moncalvo puts it, the current climate of trade war is opening up new and worrying scenarios that need to be carefully monitored. But there are also new opportunities.