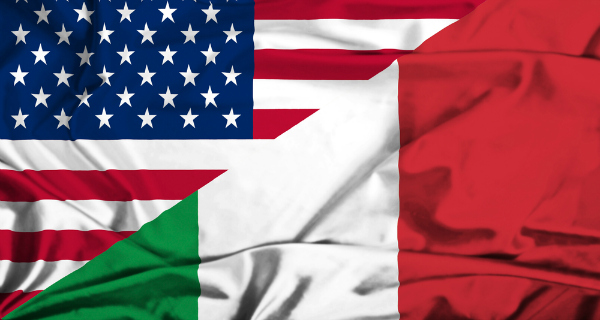 Trump administration is going to war with the rest of the world on foreign trade. We won’t be bending over backwards to keep other countries happy, said Commerce Secretary Wilbur Ross beginning the campaign for trade tariffs with the other economic areas of the world with some roughly worded statements beyond any diplomatic etiquette. For instance, we’re already at war. A trade war against USA, which has been going on for decades. The only difference is that our troops are now striking back. Our trade deficit has not been run up by chance.

Trump to put a stop to USA deficit

All these statements seem to reinforce Donald Trump’s intention to restore USA trade balance which is currently in debt for $500 billion per year. How? Putting import duties on foreign goods to promote domestic production. It’s a world affair, and USA administration reproaches are not heading to Europe in the first instance: China seems to be the big target instead. USA trade deficit in relation to China amounts to $347 billion in 2016. European Union is in second place with $146 billion, 64 of which in relation to Germany. Third comes Japan with $63 billion. These are the countries, together with Mexico and India, in respect of which Trump wants to fight back. There are also Italy, which has a trade balance surplus towards USA of €23 billion, and France. But Italy seems to be a minor problem.

EU: a target for food products

The fight between USA and EU is part of this context, and it could result in an increase of USA import duties (Italian and European products are already under duties) up to +100% of the value of 90 goods, 75 of which are food and beverage products. Among these we can find some mineral waters (especially the Nestlé brand Sanpellegrino) and canned tomatoes, but also chocolate bars, truffles and chestnuts. These products’ export in the USA amounts to €250 billion. However, no decision has been taken on the issue so far.

Some other food products could be at risk such as processed meat, worth €100 million in 2016 for Italy and only recently admitted in the USA market after years of exclusion. Import duties increase should be excluded for vegetable oils and fats (which represent €600 million of Italy’s export in the USA, starting with extra virgin oil), cheeses (€300 million), baked goods and wheat (pasta & co, €350 million) and especially wine which alone is worth about €1,7 billion (2016).

The origin of the dispute would consist in the struggle for USA meat export in the EU countries. USA would like to export a large quantity of it, but EU has always opposed a ban on cattle raised on hormones. The dispute lasts from 1998. In 2009 EU agreed to hormones-free American meat import, but according to USA this opening of the European market has never really materialized. EU has also been subjected to a procedure by WTO for this reason. President of Federalimentare Luigi Scordamaglia has asked to actually open EU market to American meat, in order to avoid a trade war. According to Italian Democratic Party (PD) senator Massimo Mucchetti, EU should instead respond to a potential trade war from USA introducing a web tax charging American giant such as Apple, Google and Amazon. But maybe an all-out trade war is not the most viable option: there’s no guarantee that Europe could win it in the end.