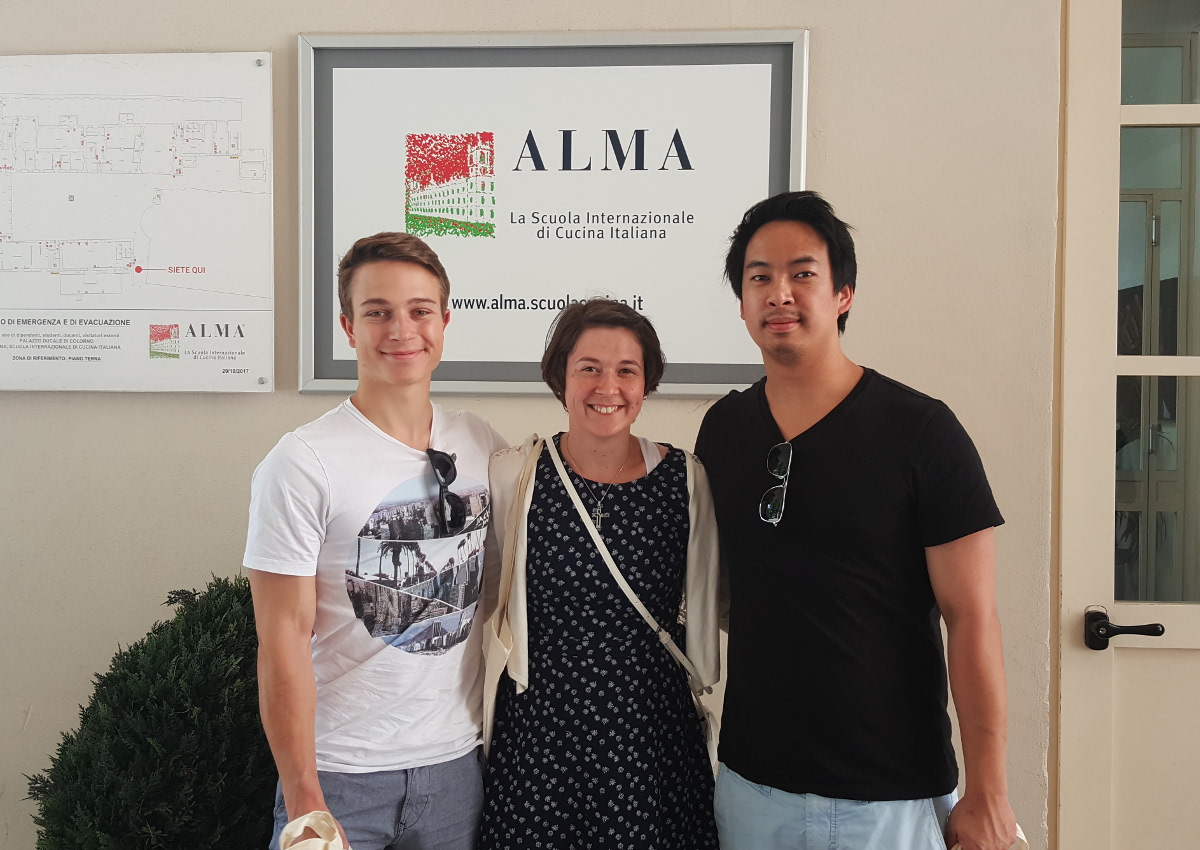 The three young winning chefs – who outperformed thirty of their under-40 colleagues among the most highly rated in the country – are Jennifer Massier (born 1987), Florian Hieke (just twenty years old) and Thien Duc Le Cong (born 1992). Massier and Le Cong are both working at Herrmann’s Romantik Posthotel as students of Alexander Herrmann, a Michelin-starred (since 2008) celebrity chef also thanks to his participation in ‘Kitchen Impossible’, ‘The Taste’, and ‘Kerners Köche’. Hieke is a young promise of German cuisine who is already working at the Romantik-Hotel Spielweg in Münstertal/Schwarzwald. The three chefs will participate in a study trip to Italy to discover the places of production of PDO and PGI cold cuts, with a whole day to spend at FICO Eataly World. They will be accompanied on this tour by specialists from the Consortia promoting the initiative (Istituto Valorizzazione Salumi Italiani, Consorzio Cacciatore Italiano, Consorzio Mortadella Bologna, Consorzio Zampone and Cotechino Modena IGP) who will reveal all the secrets behind the authentic and unmistakable flavor of these products.

The project is implementing several activities in Germany in collaboration with the JRE, involving both members and students. For example, organizing 3 masterclasses on Italian cured meats in the Paul Kerschensteiner cooking school in Bad Überkingen, not far from Stuttgart, in March. The European Authentic Pleasure project, which will involve the four Consortia for three years, aims to spread knowledge and increase the level of recognition of Italian cured meat, rigorously PDO and PGI certified, in the German market. The campaign is on the website http://www.europeanauthenticpleasure.eu. The reference hashtag for all social media activities is: #enjoy_EAP (European Authentic Pleasure).