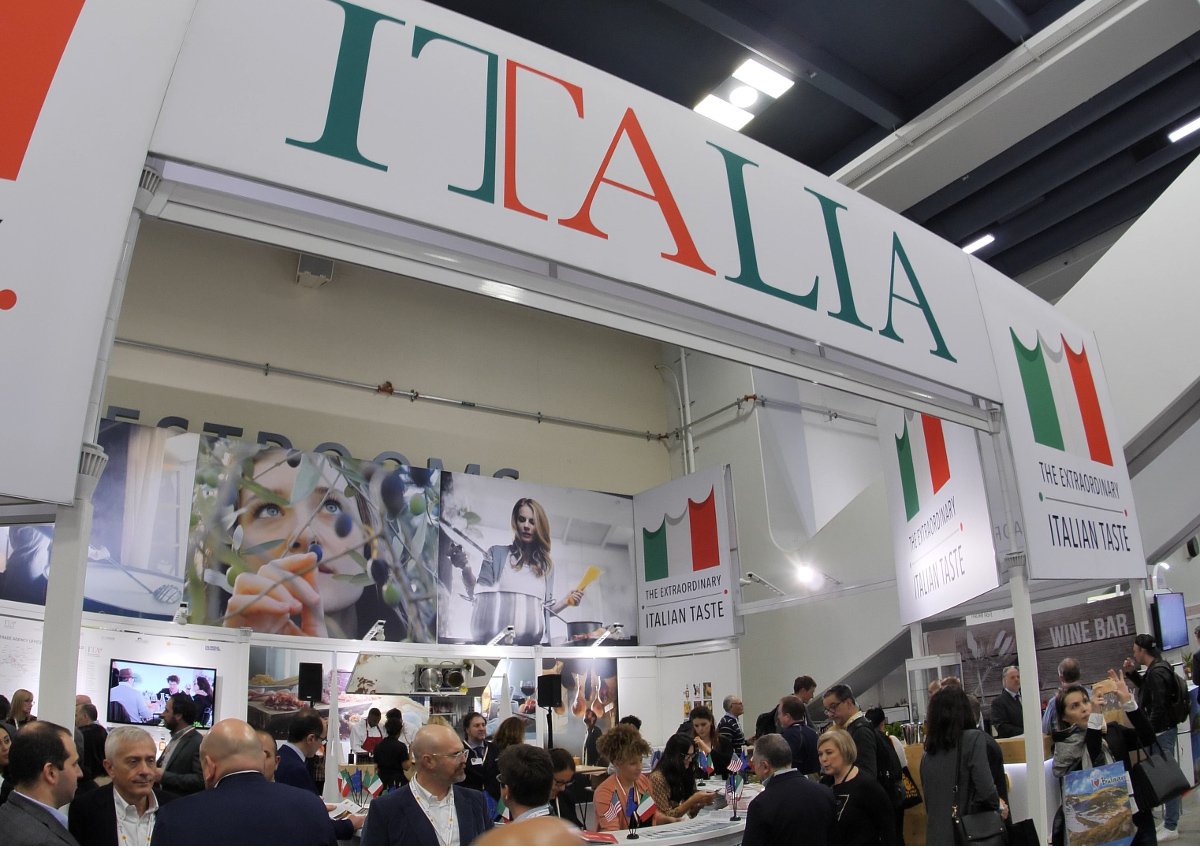 Italian food makers are working with US retailers and distributors to try to mitigate the impact of tariffs on unique products such as Parmigiano Reggiano, Grana Padano and salami.

Top food managers interviewed on the sidelines of the Winter Fancy Food Show 2020 in San Francisco expressed concerns about the uncertain outcome of trade negotiations between the United States and the European Union.

After renegotiating the North American trade agreement and reaching an initial deal with China, the Trump administration has been focusing on Europe.

Producers stocked US warehouses ahead of the tariff hikes with cheese and salami from Italy and have agreed with retailers to increase consumer prices to absorb part of the 25% tariff increase imposed by the Trump administration in October. The food industry is calling for a solution instead of a tit for tat strategy.

“We are in favor of zero tariffs to Europe and from Europe. We are for free trade. If duties are eliminated there will be room for American products in Europe, of course with the right name,” said Attilio Zanetti, CEO and VP of Italian company Zanetti, a big exporter of Grana Padano and Parmigiano Reggiano to the United States.

In an interview with Italianfood.net, Zanetti explained that some of the impact was mitigated by carrying inventory to cover the needs of customers.

Zanetti said he expects the 25% increase to greatly impact sales, with a decline of over 30%. Retail prices are expected to increase between $1.5 and $2.5 a pound. Prices on US “parmesan” type products have also risen, he said.

“The impact is going to come now,” Zanetti said. “Now, from the deliveries in January to distributors this will impact the consumer. I hope that a negotiation can be opened and a fair solution is found.”

THE WEIGHT OF UNCERTAINTY

Producers of Italian olive oil and prosciutto, spared so far from the US retaliation as part of the long-time Airbus-Boeing subsidies dispute, said they are monitoring the situation carefully and are hopeful that the EU and the US find an agreement.

At the recent World Economic Forum in Davos, Switzerland, US president Donald Trump said he had a “great talk” with European Commission president Ursula von der Leyen. Moments later, he threatened to impose 25% duties on European cars if the EU does not make a deal.

Sectors like olive oil, partly hit by the announcement in October (Italy was spared), and wine are among those under threat in an ongoing review of the tariff policy by the US trade authority (USTR).

In the case of olive oil, “the situation in the US is complex, because there is a lack of growth in consumption,” said Marco de Ceglie, CEO of Filippo Berio Salov North America and a board member of the North American Olive Oil Association (NAOOA).

“Tariffs on olive oil have had an impact but not dramatic,” de Ceglie said. The problem for the category is coming mostly from confusion among American consumers about authenticity and quality due to recent campaigns.

PREPARING FOR THE WORST – OR THE BEST

Despite uncertainty, Italy is renewing efforts to promote the products targeted by the US trade policy. At the Winter Fancy Food Show, the Italian Trade Agency presented a room-long “panino” filled with all the salami and cheese products hit by the tariffs and suggested to pair them with wine – a category also on the US radar.

The show cooking events organized during the San Francisco show also featured the targeted products to support them in the presence of US buyers.

The Consortia for the protection of Prosciutto Toscano PDO and Pecorino Toscano PDO announced a joint program of initiatives throughout the United States and Canada to spread the knowledge of their unique products.

The Consortium for the Protection of Pecorino Sardo is also working on promotional campaign this year in the United States under the slogan “The Three Pecorino cheese” in close cooperation with the other PDO cheeses from Sardinia, Pecorino Romano and Fiore Sardo, through an intense plan of activities in retail stores from the East to the West coast that will end with the joint participation in the Summer Fancy Food Show in New York (June 28-30).