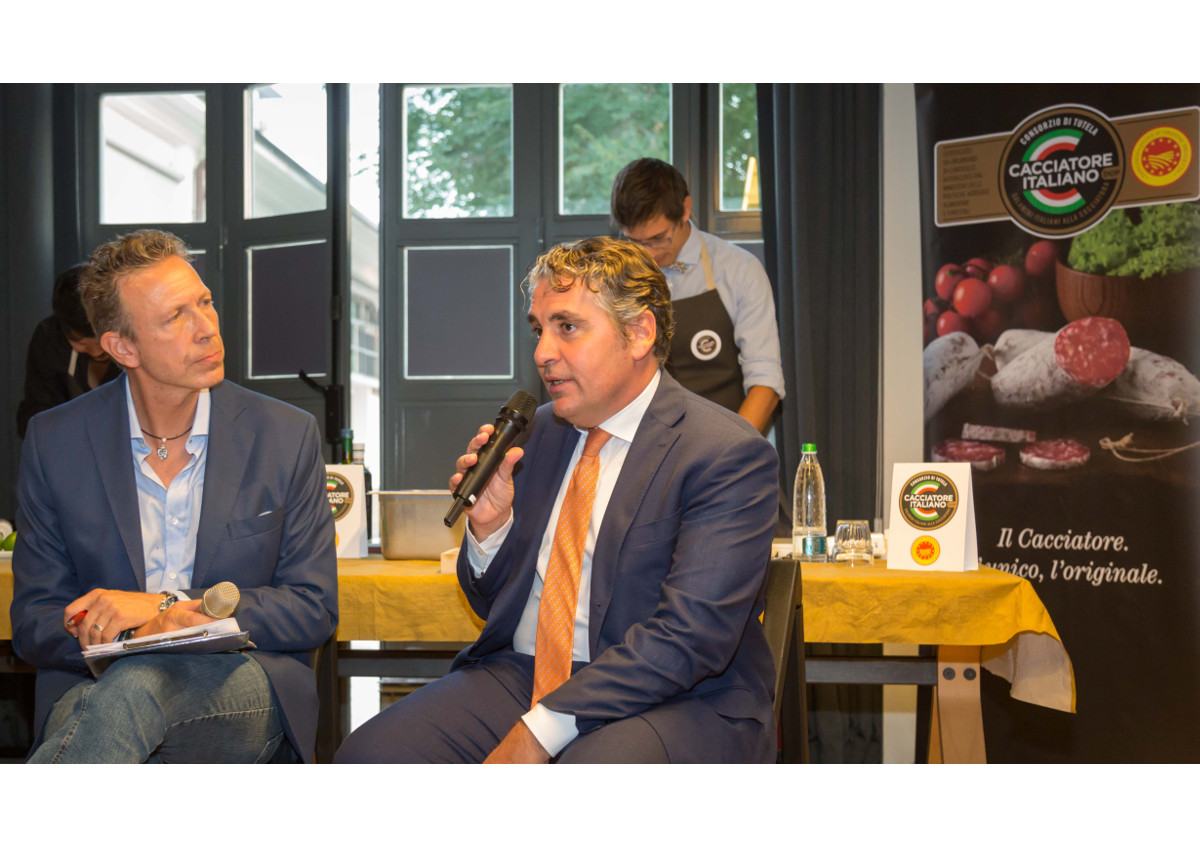 Salamino Italiano alla Cacciatora PDO is also known as Cacciatore Italiano. Two different ways to refer to an Italian charcuterie excellent product, which is finding more and more space worldwide. The diffusion of Cacciatore Italiano, also supported by EU programmes for the promotion of PDO and PGI Italian cured meats (such as Arigat-EU, which also involves the Mortadella Bologna and Zampone and Cotechino Modena PGI Consortia on the Japanese market) is determined by its high-quality and authenticity. We are indeed talking about a unique product, characterized by the excellence of the raw material and a certified production chain.

THE FIGURES OF CACCIATORE ITALIANO

Confirming the growing popularity in international markets, Lorenzo Beretta, President of the Cacciatore Italiano Consortium, said: “In the first seven months of 2018, 32% of Salamino Italiano alla Cacciatora PDO sales were destined for exports. About 90% to Europe – where Germany, France, and Belgium are confirmed as the main partners – and the remaining 10% to non-EU countries. In the same period, almost two million Kg of Cacciatore Italiano were produced and certified, with a growth of 1.5% compared to the same period of 2017”.

The ability to assert itself on the tables of the world shows the versatility of Cacciatore Italiano. Moreover, it adapts to new kinds of recipes, combinations, and exotic culinary traditions. The latest event at the Accademia del Panino Italiano in Milan was intended to represent this characteristics. There, the famous Japanese chef Hiro created a new recipe: the Cacciatore Italiano in tempura. Daniele Reponi, who is specialized in gourmet sandwiches, tried instead his hand at preparing 4 sandwiches based on 4 international flavours: French, German, exotic and Japanese. During the cooking, nutritionist and dietist Annamaria Acquaviva talked about the nutritional characteristics and combinations of the ingredients. Beer expert Francesco Groppelli finally added to the realization of each sandwich a matching of a different kind of beer.

“This initiative is part of a wider project for the international promotion of Salamino Italiano alla Cacciatora PDO and of the excellence of the Italian delicatessen sector. The success of our products in EU and non-EU markets is strongly linked to the activities that are allowing us to make them known. Together with the values of our PDO and PGI products in terms of safety for consumers, nutritional characteristics and versatility”, commented Lorenzo Beretta on the sidelines of the event.