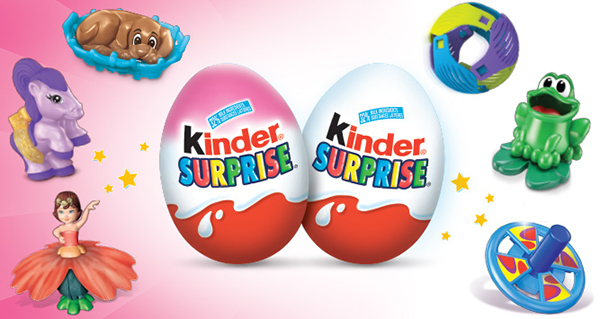 Regulations will forbid producers from including toys in the packaging of food products, with the Chilean government considering these a ‘hook’ for children to consume lines that have high levels of sugar or calories. Therefore, the new law bans chocolate Kinder Surprise Eggs which contain a plastic container with little toys inside, produced by Ferrero company. The restrictions state that companies  cannot promote food items high in sugar with “commercial hooks”. Since those hooks include”toys, accessories, incentives, or other similar items”, it’s not just the little chocolate eggs that are banned, but also McDonald’s original Happy Meals,  which serve up a toy along with fries and Chicken McNuggets.

CUSTOMERS AREN’T HAPPY EITHER –  “I really like the candy that has the toys” new  Associated Press quotes 10-years old Chilean Pablo Araya. ” I collect the cars that come with the Kinder Surprise. I will miss it”. The Italian company is willing to fight the legislation in Chilean and International Cour. “Ferrero received with consternation the announcement of a high member of the Health Ministry of Chile, regarding sales of the product Kinder Surprise, which will be banned from being sold in Chile,” official spokesman said. Ferrero insisted the toys inside Kinder Surprise are “an essential part of the product, which constitutes a single unit”. It said: “The surprise is the essence itself of the chocolate egg, and in no case can be considered a hook for its customers”. And the Italy-based group added it “reserves the right to activate national and international institutions to obtain a legal solution to this situation, which affects the reputation of one of its most popular and better-quality products”.