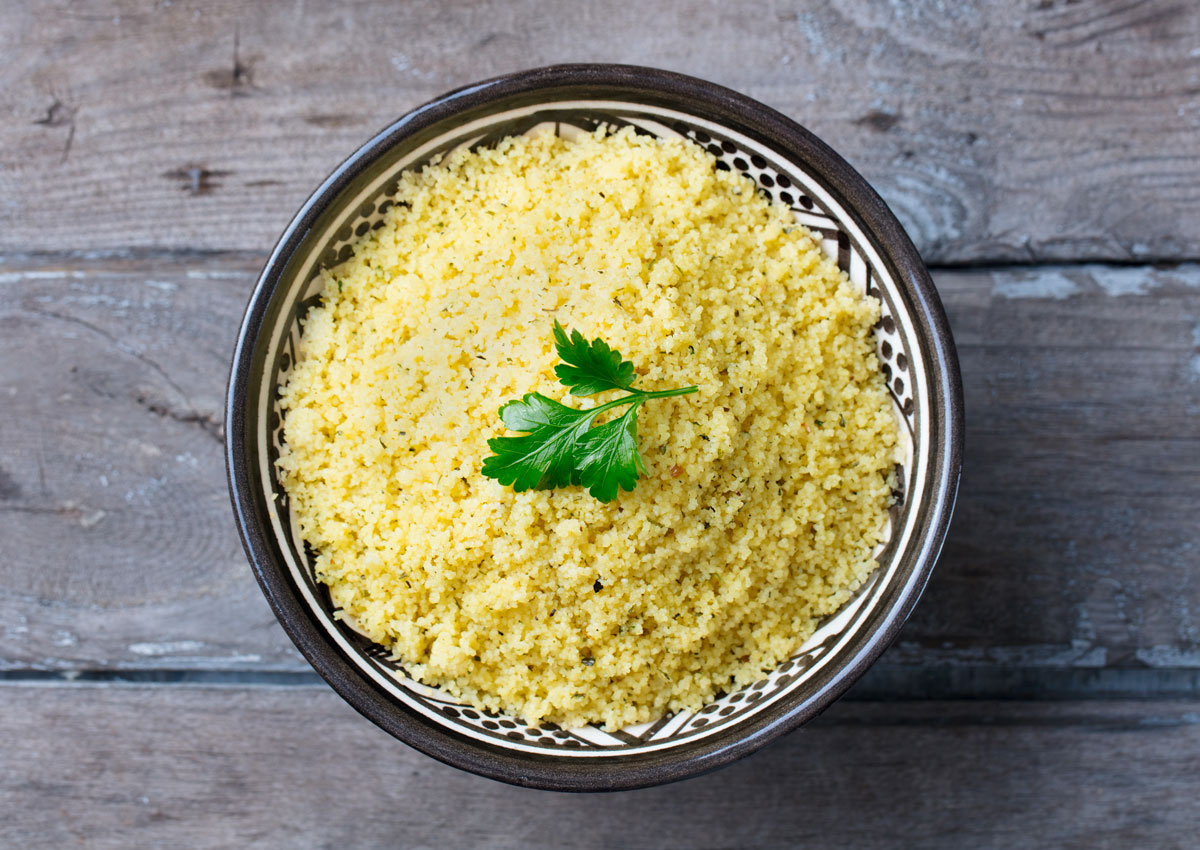 Once a clearly ethnic marked product, nowadays the couscous production and consumption trends are changing as consumers are increasingly attentive and informed. Italian companies are betting more and more on couscous made from durum wheat semolina or, alternatively, legumes. The healthy-and-tasty trend makes this product ready to respond to the new needs of consumers.

Moreover, we mustn’t forget that couscous has been part of Italian food culture for many years. Every year since 1998, in the Sicilian village of San Vito Lo Capo (in the province of Trapani, in North-Western Sicily) the Cous Cous Fest takes place. It is a show based on the Mediterranean traditional food culture of couscous. It includes about ten days of events, tastings, cooking shows, cooking classes, concerts, and above all the Cous Cous Fest World Championship, a gastronomic challenge in which chefs from all the Mediterranean countries compete to win the award for the best couscous. Last year, Senegal won the challenge. Cous Cous Fest next edition will take place from 20 to 29 September, 2020.

For many years now, Italian players like Bia or Martino have been producing their high quality couscous in Italy. This product is characterized by a quick cooking time and content while the company focuses on offering a sustainable product with a high level of service. There is nothing ‘ethnic’ about this couscous, just a wide range of products that are suitable for daily cooking. Cous Cous is in fact perfect with meat, fish, vegetables as well as for desserts and appetizers. It comes in different varieties: traditional, organic, flavoured, gluten free, and even with high proteins or fibres.

Moreover, it is produced entirely in Italy, made by durum wheat semolina (semi – whole wheat semolina or other flours such as corn or spelt) which is mixed with water, steam cooked and then dried. “All of Bia couscous products have a pleasant flavor, they are versatile and easy to prepare. They can also be made with cold water: this makes it possible to save water, energy and time as they can be made in only 5 minutes” – the company said.

Martino became the first couscous producer in 1994, and in 2016 it implemented a new line of conventional and gluten free couscous. This led the company to more than double its production capacity, becoming one of the industry leaders. Among its most innovative products we can find red lentils and beetroot couscous.

THE COUSCOUS MARKET IN EUROPE

The revenue of the couscous market in the European Union amounted to 538 million dollars in 2018, approximately equating the previous year. This figure reflects the total revenues of producers and importers (excluding logistics costs, retail marketing costs, and retailers’ margins).

The market value increased at an average annual rate of +2.2% from 2007 to 2018; however, the trend pattern indicated some noticeable fluctuations being recorded over the period under review. The pace of growth was the most pronounced in 2011 with an increase of 13% y-o-y. The level of couscous consumption peaked in 2018 and is likely to see steady growth in the near future.