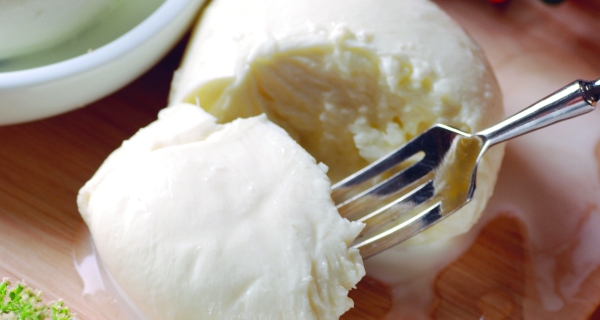 Pdo (Protected designation of origin) buffalo mozzarella from Campania generates 330 million Euro in turnover, which puts it in third place amongst the food with designation of origin behind giants such as Parmigiano-Reggiano and Grana Padano. Exports account for 31% of the total turnover. The main export market is Germany (which accounts for 27% of shipments), followed by France (25.7%), the UK (11.5%), the USA (9.3%), and the Netherlands (8.8%). The current production amounts to 34,710 tonnes, an increase of 6.9% over the same period last year. The goal for 2017 is to consolidate this positive trend. Numbers that bode well for the future of the industry which is having to deal with some issues, such as the scourge of counterfeiting, a phenomenon that is partly hindering its exports: For 2017, we are planning to develop our training and professional development programs. They will involve staff working in the dairy industry. Above all, we know that while continuing to protect the product both in Italy and abroad it is important to intensify those activities that support the exports declares the Consortium.

BUFFALO MILK UNIQUE FEATURES – Buffalo milk is richer in protein, fat, and especially total calcium. These chemical characteristics allow those who process it to obtain yields of cheese that are twice as big as those typically obtained from cow’s milk. Another unique feature is the absence of carotenoids in its composition, which gives buffalo mozzarella from Campania that typical porcelain white colour.

FACTS & FIGURES OF A FLAGSHIP PRODUCT – Mozzarella is an export driver of the Italian cheese sector along with Pdo hard cheese products. For years now, this segment has shown good growth rates in the foreign markets. Moreover, the first 2016 data available (January to July) shows a positive trend in value for a total turnover of 237.61 million of Euros (source: Clal). The main foreign markets are France, the UK, Japan, and the United States.

AGAINST COUNTERFEITING – A few years ago, the EU introduced the so-called ‘ex-officio’ legislation, which ensures that all member states provide adequate protection for Pdo and Pgi (Protected geographical indication) products. In recent times, in line with the gradual strengthening of exports, foreign surveillance has also been increased greatly thanks to the joint project carried out together with other Italian food industry leading players such as Parmigiano-Reggiano, Prosciutto di Parma, Aceto Balsamico (balsamic vinegar) di Modena. A project that involved Austria, Belgium, France, Germany, Luxembourg, the Netherlands, the United Kingdom, Spain, and Switzerland has in fact led to about 2,500 inspections (about 500 for each of the 4 products concerned) involving about 10,000 items displayed on the shelves of European retailers.