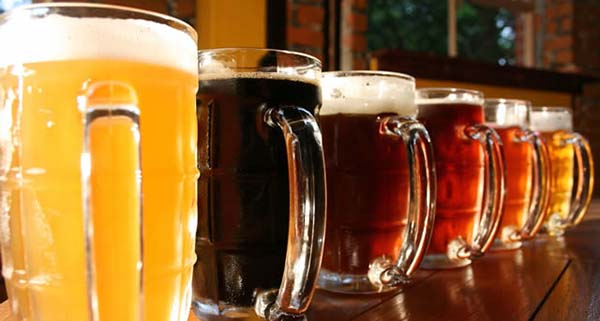 According to figures published by the Brewers Association, Italian craft beer is a booming business in Italy where beer consumption has overtaken forecasts, reaching 17.5 million hectolitres last year. Italian craft beer scene is currently one of the most creative and adventurous in Europe, with nearly 600 breweries, many of which are small and relatively young. The beers that Italian manufacturers produce are intricately crafted.

E-COMMERCE TO BOOST SALES – In Italy, the so–called per capita consumption is about 30 litres per year, compared with a European average of 80 litres. In particular, it can be noted that the consumption of craft beers is now equal to 3% of total beer consumption. Indeed, as industrial data shows, at the end of 2015, there were 1,000 craft beer establishments, including microbreweries, beer firms, and brewpubs, compared to 872 in 2014. What does this mean? Microbreweries (540) are direct production plants, while beer firms (260) are structures that do not have their own factories but that produce craft beer at third-party plants. But the real protagonists are the new technologies which are also giving a boost to the sector. For example, business incubator Digital Magics has recently launched WeBeers, an e-commerce platform that enables fans to buy their favourite beers at a discount and 48-hour delivery.

TAXES, TOO HIGH IN ITALY –  However, for the Italian Brewers, high tax remains the main challenge for the sector. According to the union, from January 2003 to January 2015, the excise tax grew by 117%, one of the highest increases in Europe.