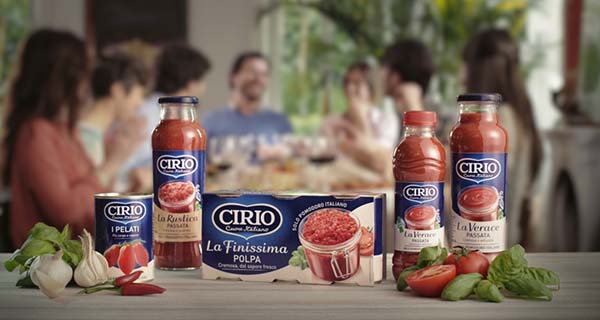 In order to strengthen its expansion into markets outside Europe, Conserve Italia has signed a commercial agreement with Colavita, the Molise company that holds absolute leadership of sales of Italian extra virgin olive oil in America. The agreement states that Conserve Italia will use the Colavita distribution network, which is widespread throughout North America, and their two operational offices, the main New Jersey office and the one recently opened in California.

“We are confident of the strong evocative power of the combination of two made in Italy products, olive oil and tomato, which are among the most popular and requested by American consumers,” says Conserve Italia international sales director, Cesare Concilio. “Currently the turnover of Conserve Italia in North America stands at approximately 1 million euro, of which 500 thousand euro from the Cirio brand, with a growth rate of 50% in two years. Under the Colavita agreement – explains Concilio – we aim to further increase our revenue in a market like the US where the demand for Italian products is very high, even though the spread of the phenomenon of Italian sounding products is still very strong”.

“There are numerous growth possibilities – explains Concilio – due to the fact that the US is among the top five countries that import tomato, despite being the first manufacturer in the world with an average of about 12 million tons (this year a record production of about 14 million tons is expected). The difficulty of commercial penetration in the US is due to lack of concentration in the distribution network, which forces Italian companies to dialogue with dozens of retail chains that operate in different states, that also have significant operational differences from state to state. Hence the decision to use the Colavita distribution network, which has been in the market for years on most of the North American territory, giving their brokers Cirio tomato, as an exclusive product.” To further tighten the agreement with Colavita, at the Auditorium of Conserve Italia’s headquarters in San Lazzaro, a meeting with 50 American of Colavita brokers, from different US states, was organised. After visiting the largest of the company’s nine production plants, in Pomposa (Ferrara), the brokers took part in a series of blindfolded panel tests to compare Cirio products with similar products made by American competitors. The comparison underlined the high quality standards of of the Cirio products compared to American products, which are normally produced by adding calcium chloride, an additive used to make the tomatoes harder, which however, has the disadvantage of losing their flavour, unlike the Italian tomatoes that retains all its properties.